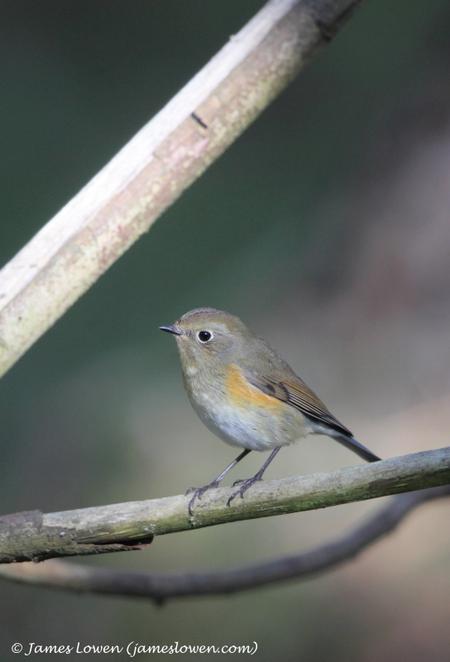 1. Bardsey, Gwynedd (June)
An enchanting island, and a very special June day out. The excuse for visiting was a cracking male Cretzschmar's Bunting, a bird I thought I would never see in Britain.

6. Holkham–Wells, Norfolk (May, July, October)
I love everything about this extensive coastal woodland: Britain's finest beach, exciting dunes, rarity-filled woodland and a nudist colony plus fine dining nearby. I enjoyed plenty of visits this year, but three wildlife-related excursions stand out. First up was a candidate for Bird of the Year: Britain's second Citril Finch in May.

Then there was our wedding anniversary – our first night away from our daughter in her five years of life, at The Victoria. Seeing a score of flowering Creeping Lady's Tresses seemed appropriate.

Last year I did a 'Top 10' of wildlife experiences, and one of photographs. Now, as I grow into a travel writer, I am thinking about places. Clearly, locations bring both experiences and (in my case) images – so this approach gives me the best of all worlds. But  it still poses problems, particularly in whittling down Britain's brilliance into just 10 sites. So there is no place for Dungeness (despite its Acadian Flycatcher), nor for Bryher (despite Dwarf Pansy and Great Blue Heron). Nor Meare Heath (Hudsonian Godwit) nor Flamborough Head. Even Norway's Varanger somehow misses out. So here we go, counting down...

10. Cley Windmill, Norfolk (December)
Family Lowen celebrated the end of Michaelmas term with a mid-week bargain break at Cley Windmill in north Norfolk. As well as offering amazing accommodation, the Windmill offers great views over Cley's reedbeds. For sure, we could have day-tripped the coast. But staying away from home is all the more special. Much as I love Cley Windmill, this was our first stay here since Sharon and I visited when Maya was growing in her tummy.

I watched Barn Owl plus Hen and Marsh Harriers from the wraparound terrace. And then, as I stood just outside the Windmill, what should fly past but the UK's first-ever Red-rumped Swallow in the month of December. Unequivocally my find of the year – although I do have to share that honour with three local birders who spotted the swallow a few minutes earlier, from Cley's East Bank. The bird is still present a full fortnight later, and has attracted many admirers. Get in! 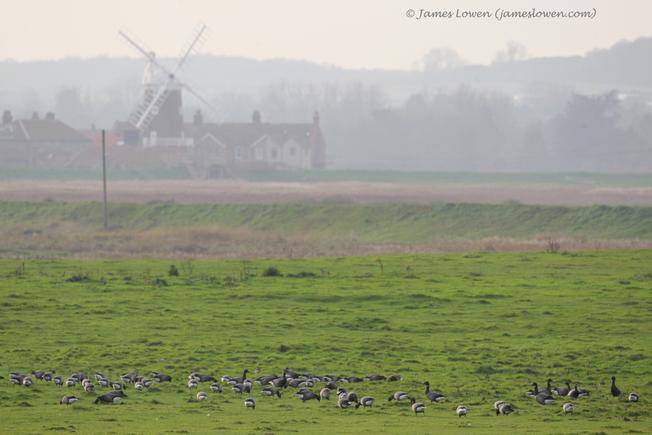 We shared it with some Dutch bird-photographers and unfeasible quantities of northern forest birds (and several Red Squirrels).

5. XXXXXX Fen, Norfolk (June)
Thanks to RSPB conservationists and Natural England, I was treated to a couple of behind-the-scenes visits to Norfolk reserves this summer. Watching numerous Fen Raft Spiders at Cantley was hard to beat... but beaten it was by seeing more than 500 Fen Orchids, plus other botanical rarities, at a secret site in the heart of Broadland (hence 'XXXXX').  A truly wonderful place, but fragile too.

7. Spili Bumps, Crete (March)
The family foreign holiday this year was to Crete, in the company of Sophie Lake, Durwyn Liley and their brood. It was wonderful to spend time in the country of such firm friends and outstanding naturalists, and we visited plenty of exciting places. One site took the biscuit, however: Spili Bumps. As our kids wandered and played, we adults dropped jaws a little further with each step we took. The diversity and density of orchids and other flora here was simply magical.

3. Holt Lowes (Feb–May)
I have a thing about Adders, arguably more than any other British animal. No other species gives me such a kick each time I see it. Thanks to Josh Jones, originally, I got to know the heathland of Holt Lowes over late winter and spring. I only had one blank visit, even seeing serpents when ice was caking roadside puddles. On my most serpent-rich day, with the help of local reptile-obsessive Richard, I managed to see 42 individuals... on my 42nd birthday.

Arctic and Mealy Redpolls. Pine Grosbeaks. Siberian Tits. And Siberian Jays. All at point-blank range. And all much admired.

8. Chippenham Fen, Cambs (April)
At the invitation of Mark Hows, Maya and I attended asmall-mammal-trapping session alongside a damp fen near Newmarket. Maya rapidly turned from grumbly to enchanted as Mark pulled a selection of furry creatures from Longworths and their ilk. The mammalian highlights were Pygmy Shrew and Harvest Mouse, but the undoubted top experience was seeing the immense joy on Maya's face. Little wonder that I wrote about it in my monthly column for Bird Watching magazine.

9. Thornham, Norfolk (July)
Another north Norfolk site, and one that found favour for its ability to blend wildlife and family beach activities. We got our feet sandy a couple of times in July, and saw the glorious Dune Tiger Beetle, the shiny Dune Chafer and Bee-Wolf to boot. More next year please.

But the day was 'made' by everything else about Bardsey. Photographing a fine Thrift Clearwing on the abundant thrift, courtesy of Ben Porter. Choughs along the coast. Greater Butterfly Orchid near the jetty. And caterwauling Manxies inside their burrows. A stunning place on a glorious day. 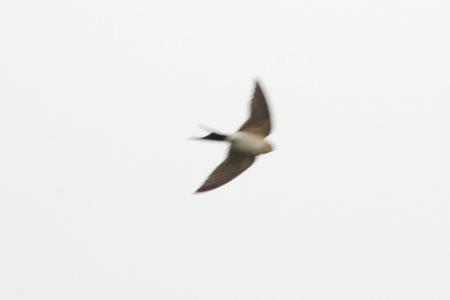 2. Neljan Tuulen Tupa, Finland (March)
As part of a Finnmark trip, David Capper and I spent a fabulous 20 or so hours at this roadside lodge in northern Finland.

And then there was mid-October, when this woodland morphed into a dependency of Siberia. I visited three times: twice to twitch the morass of vagrants (2 Red-flanked Bluetail,Hume's Warbler, Blyth's Reed Warbler, Pallas's Warbler and Isabelline Shrike) and once to walk off the beaten track and find my own birds (an epic failure, with nothing better than a few Yellow-browed Warblers).

4. Mike McCarthy's garden, Norfolk (June–July)
I have done much enjoyable moth-trapping this year. Scores of nights in my garden were complemented by sessions at RSPB Lakenheath and RSPB Strumpshaw Fen (the latter courtesy of Ben Lewis). Scores of new species for me – many of which remain to be identified. And loads of fun times, above all nasal jewellery courtesy of hawkmoths and their admirers. 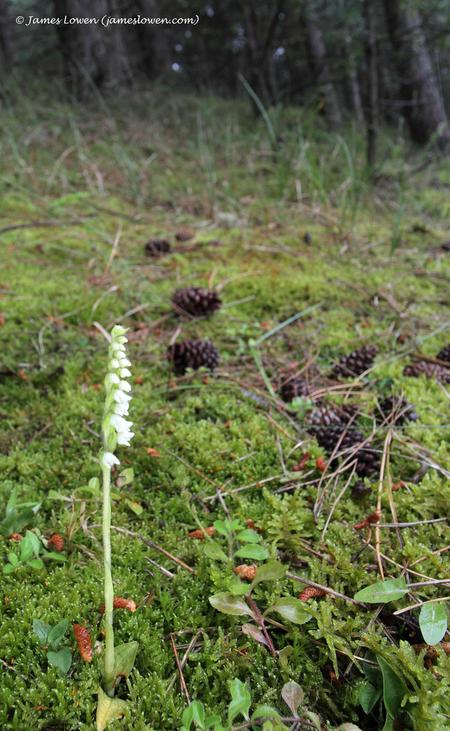 For me, the year's two best species were both caught by Mike McCarthy in Taverham, not from our home. I had met Mike in June whilst trudging around Blakeney Point in foul conditions looking for Paddyfield and Blyth's Reed Warblers. Mike was kind enough to invite me round to see both Marsh Carpet (my dream moth) and Passenger (a moth so rare I had never dreamed of seeing it). Moths rock!